Q&A with the Author 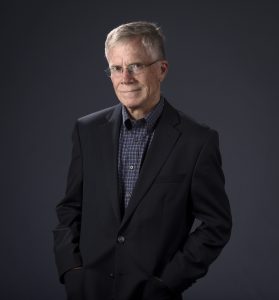 A conversation with Paul Richter, author of The Ambassadors: America’s Diplomats on the Front Lines.

Richter spent a quarter-century in Washington covering diplomacy and national security at the State Department, the Pentagon, and the White House. As a correspondent for The Los Angeles Times, he traveled with top U.S. officials and reported from 60 countries.  He is also the principal author of California and the American Tax Revolt, University of California Press, 1983. He lives in the Washington, D.C. area.

Q: How did you choose this topic?

As a journalist covering the State Department, I noticed that when a new crisis gripped the Middle East, top officials turned repeatedly to the same cadre of trusted hands. Presidents and secretaries of states depended on them as troubleshooters, confidants and links to foreign leaders. Sometimes called expeditionary diplomats, they had a unique hybrid role as statesmen, nation-builders and warriors. I believed they had a fascinating story and could provide important insights into America’s struggles in the world’s most volatile region.

Q: Why did you focus on these four?

Many U.S. diplomats played important roles in the region in this period. But these four were especially close to the action at key moments. And their assignments together weave a broad narrative of U.S. involvement in the greater Middle East during the George W. Bush and Obama administrations.

Q: How did the work of these ambassadors differ from the role played by most ambassadors?

Many ambassadors’ primary role is in passing communications between top Washington officials and leaders of their host nations. These envoys were sent into unstable situations where Washington hadn’t settled on a policy and asked to improvise. They sometimes stepped in to direct allied governments. They had to try to rebuild states that had been reduced to rubble. When Washington reached an impasse with defiant foreign leaders, the ambassadors kept knocking on their doors so that essential business could continue.

Ryan Crocker was sent to Kabul in January, 2002, as a new government was getting organized following the military campaign to oust the Taliban, and told to “go figure something out.” Chris Stevens was sent into Libya during a NATO bombardment with “no protocol for how to move forward,” Secretary of State Hillary Rodham Clinton wrote later in her memoir. “Chris had to work from scratch.” When the Arab Spring protests turned to civil war in Syria, Obama administration officials were struggling to deal with wars in Libya, Iraq and Afghanistan. Ford was told it would be his task to find the way forward in Damascus.

Q: How dangerous was this work?

Diplomats have long been exposed to danger. But in this era they often served on the front lines, at a time when jihadists had diplomats high on their target list. They often faced the same risks as the U.S. troops working alongside them. Robert Ford was abducted by a Shia militia in Iraq. Eight years later he was chased by the Assad regime’s goons through the streets of Damascus and nearly had to order Marine guards to fire on a mob of Syrian agents who were attacking the U.S. embassy. Chris Stevens took over as ambassador to post-war Libya in the spring of 2012 when hundreds of lawless militias threatened the country. Four months after his return, he and four other Americans were killed in a terrorist attack on the U.S. diplomatic mission in Benghazi.

Q: The Bush and Obama administration’s policies in the Middle East were often controversial. Did these ambassadors support them?

As foreign service officers, their job was to carry out their administrations’ policies whatever their personal views. But these ambassadors did agonize over them at times. Crocker strongly opposed the invasion of Iraq and in internal debates warned about the consequences. He and Ford both kept their first tours in post-invasion Iraq brief. But when asked, they returned for long additional assignments. Chris Stevens declined to serve in Iraq because of his doubts, at some risk to his career. In 2014, after two and a half years as ambassador to Syria, Robert Ford quit the foreign service because he no longer could support the Obama administration’s policy.

Q: In an era when America is trying to end its long Mideast wars, is the work of these diplomats still relevant?

Even if U.S. leaders can avoid new wars, steadying fragile states will remain one of the country’s most urgent national security challenges. Weak and failing countries give rise to terrorism, mass migration, arms proliferation and transnational crime, not only in the Middle East but in Latin America, sub-Saharan Africa and Asia. U.S. leaders need to find ways to deal with such situations and to find diplomats with the skills to take them on.