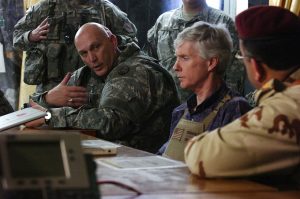 Ambassador Ryan C. Crocker, center, meets with U.S. Lt. Gen. Ray Odierno, left, and an Iraqi general in the first days of his posting as U.S. ambassador to Iraq in 2007. Credit: U.S. Embassy.

Ryan C. Crocker. The son of a career Air Force officer from Spokane, Crocker was an ambassador six times in the Middle East and South Asia between 1973 and 2012. His first posting, as a young foreign service officer, was in provincial Iran before the revolution. He served as economic official in Iraq from 1978 to 1980 when Saddam Hussein was consolidating his brutal rule and keeping U.S. officials under close surveillance. Crocker was a political counselor in Beirut, Lebanon, in 1983 when a militant’s truck bomb destroyed much of the U.S. embassy, killing 63. During the same tour, he was taken hostage by a Lebanese militia. He returned to Lebanon to serve as ambassador from 1990 to 1993.  While he was ambassador to Syria from 1991 to 2001, a mob ransacked his home and threatened his wife. President Bush sent him as ambassador to Iraq in 2007 to work with Gen. David Petraeus to try to suppress inter-ethnic fighting. In 2011 President Obama brought him out of retirement and sent him to Afghanistan as ambassador to help work out an exit plan for U.S. troops. 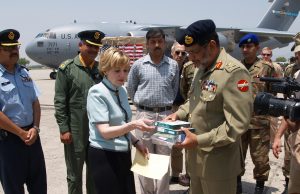 Anne W. Patterson. A native of Fort Smith, Arkansas, Patterson built her reputation as Colombia, where from 2000 to 202 she oversaw a huge U.S. aid program designed to help Bogota overcome a drug-financed insurgency. She served as acting ambassador to the United Nations in 2005, then as head of the bureau of international law enforcement and narcotics, the State Department’s largest. She replaced Ryan Crocker as U.S. ambassador to Pakistan in 2007 and helped a fragile civilian government overcome political crises and the chronic threat of a military coup. She was made ambassador to Egypt in 2011, during the tumultuous two years following the country’s revolution. She became the top State Department official for the Middle East in 2013 and served until 2017. 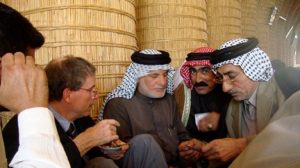 Robert S. Ford. A Coloradan, Ford fell in love with the Middle East as a Peace Corps volunteer in Morocco. As a young officer he served in Algeria, Egypt and other postings in the Middle East and Africa. After the U.S. invasion of Iraq in 2003, Ford volunteered to serve in Iraq and was assigned to serve as the one-man occupation government in the province of Najaf. Ford was chosen ambassador to Algeria but continued to return to Iraq, for a total of five postings between 2003 and 2009. In 2011, Ford was sent to Damascus as ambassador, weeks before the country’s civil war got underway. Ford drew international attention standing up for protesters’ rights to speak out against their government. In 2012 Ford left Damascus because of security threats but continued to serve as ambassador and envoy to the Syrian rebels until early 2014. 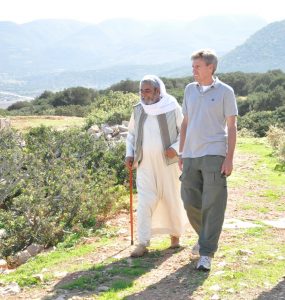 J. Christopher Stevens. A charismatic northern Californian, Stevens also became fascinated with the Middle East as a Peace Corps volunteer in Morocco. After a brief career as a trade lawyer in Washington, D.C., Stevens joined the foreign service in 1991 and served in Saudi Arabia, Syria, and Egypt. From 2002 to 2007 he served in Jerusalem as No. 2 U.S. representative to the Palestinian government. Stevens was chosen to be No. 2 in the U.S. embassy in Tripoli, Libya, in 2007, as relations were warming between Washington and the government of Muammar Qaddafi. When civil war broke out in Libya in early 2011, Stevens was chosen, as the department’s most knowledgeable Libya hand, to be U.S. envoy to the rebel forces. He stole into the country on a Greek cargo ship and remained, even as fighting seesawed and U.S. and allied warplanes bombed the country. In 2012, six months after the war ended, Stevens returned as ambassador to try to help stabilize a country with hundreds of militias and only the most fragile government. On September 11, 2012, Stevens and three other Americans were killed in a terrorist attack on the U.S. diplomatic mission in Benghazi, Libya.